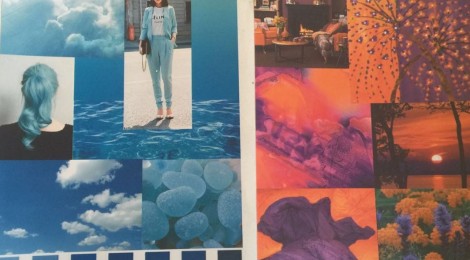 Day 5 – Today consisted of working out sizes and scales for each part of our project.

Day 6 – Today Caitlin, Ilkay and I visited the Rotherham site again. We met some people who worked for ACTION and presented our project and idea. We showed them the moodboards we had created and some sketches of what the installation would look like. They liked the idea of using similar colours to their logo – yellow and blue but with some greens added. They were impressed with what we had come up with and gained some feedback which we could take into consideration to improve our piece.

We were able to see where the project would be placed and so learnt more about what size/shape it could be. A lot of work had been done to the building since visiting last week.

After returning to the studio, we decided to cut (using the laser cutter) some triangles out at a scale of 1:1 on 3mm plywood. After assembling the triangles together to create some shapes we noticed that they were quite loose. To overcome this we made the slots slightly smaller. We liked how the project was coming along. 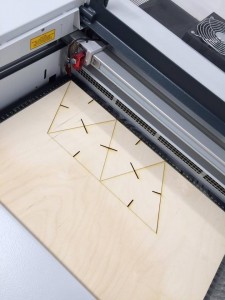 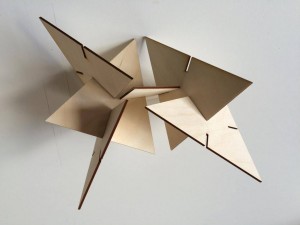 Day 7 – Today we began to test out colours by painting on the triangles. We used the colours yellow, green and blue. We liked the idea of them matching the logo but they were quite dark and so we decided to use different shades of each. We only painted one side and left the other blank. This was so you could write on them but also it gave an interesting appearance when looking from different perspectives.

After this we decided to test out what writing on the wood would be like. Unfortunately the pen bled because of the wood’s grains. The tutors came up with the idea of putting lacquer on the non painted side to stop it bleeding. 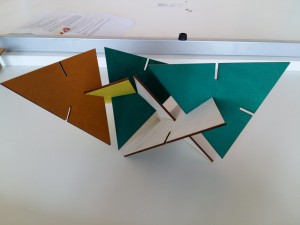 Day 8 – Today we presented our work to the tutors and a few of the other groups. We talked about our idea and how we were responding to the brief of ACTION. We showed them sketches, CAD drawings, models and some moodboards. The tutors picked up that the triangles were isosceles and thought it would be better if they were equilateral. Daz was also wondering how the frame would stand up. We decided on a steel frame with wooden legs. 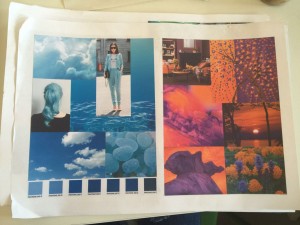 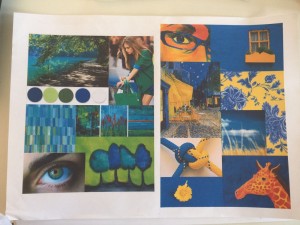 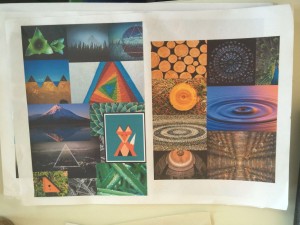 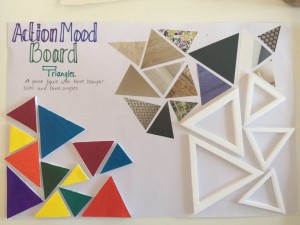 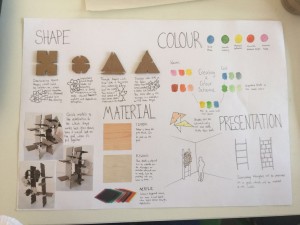 Day 9 – We began to work on the feedback we received yesterday. Using some small test models, we re-sized the triangles into equilateral ones. They did look better and created more interesting shapes when slotted together. We also tested out using only 2 slots which was another thing the tutors advised, but they did not work well and only formed a continuous line when slotted together and so we have decided to stick with 3 slots. 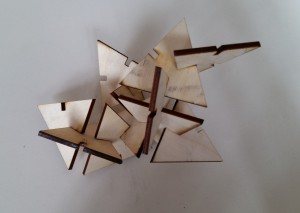 Day 10 – Each group was given a time slot to come in and talk to Caroline because she had missed the presentations last week. We sat down and she ran us through the layout of the exhibition and where we would like to be placed. We agreed on being on the left when you walk through the door.