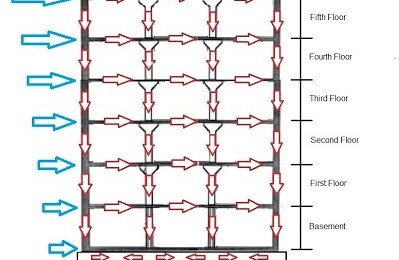 Must be serviceable. Stiffness, durability

Must be buildable. Buildability

Loads – act externally to a structure, forces act within, equal to applied loads, opposite direction. Made up of members. Actions.

Tension: load/force that causes an element to shorten.

How did the original designer envisage loads would be transferred.

Can they be established vertically or laterally?

Do they have sufficient capacity?

If they don’t: remedial works

What changes are you planning? Where are new load paths needed. Will existing ones remain? Does it need temporary work so doesn’t fall when making new.

Reversibility and readability. Old castle and new built onto.

Existing foundations may need to be underpinned.

Exhibition as a stage

Poetic of space. Sound, temperature, light of things, tension between interior and exterior